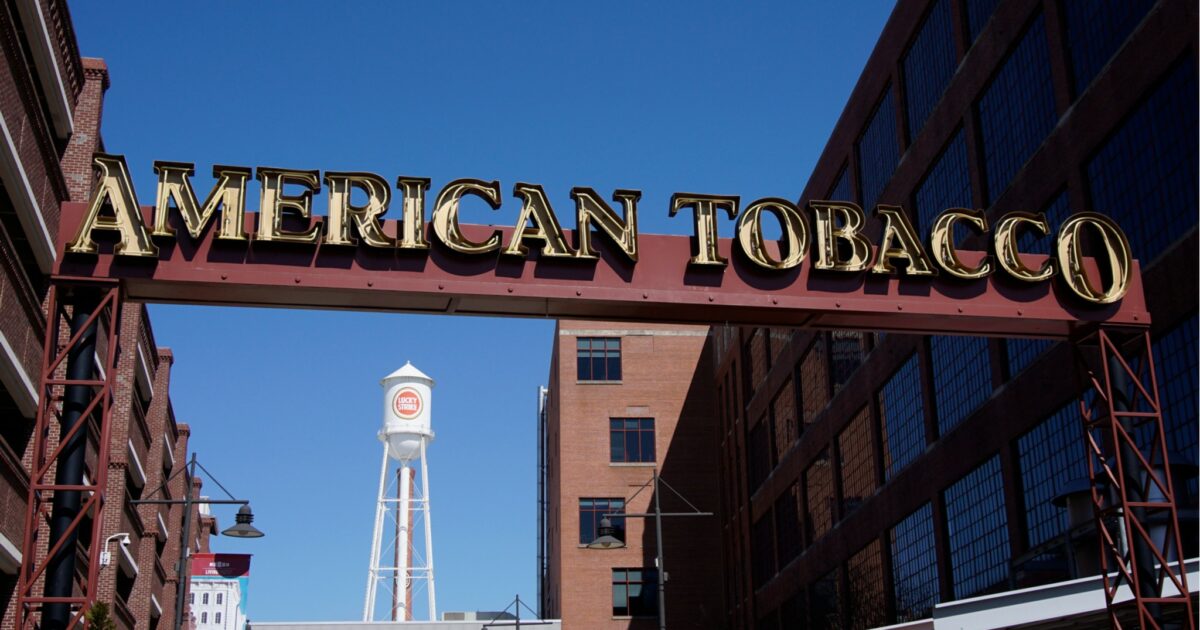 Is your retirement account invested in the stock market through a simple S&P 500 Index Mutual Fund? Does your company’s 401K hold shares in a large, publicly traded corporation? What a good guess. If you oppose the lockdown, you are guilty of cruelly benefiting from the deaths of thousands of COVID-19 victims. You are probably a fraudster in the fossil fuel industry and a financial agent of Big Tobacco – which means you should give up your opinion about the loss of lockdown and you should probably go ahead and banish yourself from the civilized society.

Or at least it claims a series of recent comments in a leading medical journal, BMJ.

This journal, published last month by the British Medical Association, published a distorted smear against AIER about our involvement in the conference producing the Great Barrington Declaration. The commentary, written by professors Gavin Yami and David Gorsky, along with graduate student Gideon Mearovitz-Katz, emphasizes that “AIER is funded by an investment fund that owns shares in tobacco companies and many companies that could lose a lot of money if the United States Will formulate more lockdowns. ” “It simply came to our notice then [Conflict of Interest] For AIER, ”the authors continue, pointing out that our policy position against the lockdown was indeed a greedy conspiracy to raise the bottom line of the tobacco companies. Far from the catastrophe caused by the lax editorial oversight, BMJ has now repeatedly attacked the authors by the same trio or some combination thereof, as they have made similar allegations of financial conspiracy against AIER and GBD.

So on what basis did Yami et al file their claim? This comes from a deliberate misrepresentation of the meaning of AIER. Our assets are invested and managed independently by our financial support agencies. Some of these assets are invested in market-indexed mutual funds, resulting in stocks of various companies. Just like your company’s 401K or your Roth IRA, those assets include a small percentage of the stock in large publicly traded firms such as Chevron, ExxonMobil and Philip Morris. And that, apparently, makes us “financed” by Big Oil and Big Tobacco in the eyes of BMJ writers.

The claim that common stock ownership through a mutual fund somehow puts you on the payroll of Big Tobacco and Big Oil can be risky in any other situation.

In fact, it excludes BMJ’s own published policy exclusively from reporting requirements in scientific research published from the financial conflict over its “mutual funds or other situations where individuals cannot control investment decisions”. This exclusion stems from a long-running conference of the scientific community. The fact that you have a standard retirement account is not worthy of your research, as these materials are specifically designed to sustain diversified and independently managed investments. Similar discounts are available for mutual funds and related investment vehicles from the National Institutes of Health and other organizations involved in medical research. In other words, a mutual fund is specifically designed to ensure the long-term stability and overall growth of the portfolio – in order to persuade and not to manipulate short-term gains for a few individual stocks out of the hundreds of companies it holds.

While Yami, Gorsky and Meyarovitz-Katz attacked AIER funding, BMJ Accordingly the financial conflict of interest has violated its own policy standards for reporting. When I contacted Adrian Aldcroft, one of its editors, to express concern about this blatant neglect of scientific rules and publishing ethics in his journal, he declined and responded. Ignoring the journal’s own policy, Aldcroft reiterated Yamey et al’s complaint: “You must not deny that AIER is financed through an investment fund that holds shares in many corporations, including tobacco companies.” When I mentioned that our criticism of the COVID-19 lockdown was unreasonable and clearly objectionable to our accusation that the tobacco companies were profiteering, he replied that it was only “author’s opinion” although the trilogy clearly identified them .

In addition to avoiding their own policies, BMJ’s activities have made it clear that its editors are visible and even encouraging the conspiracy theorists who came to type the COVID-19 commentary of Yami, Gorsky and Merovitz-Katz. Unfortunately, the underlying cause may include a classic case of academic nepotism. Yami is a guardian of Kamran AbbasiChief Editor BMJ And an outspoken lawyer for the Covid-19 lockdown. When Yami and Gorski attack before BMJ Abbasi was under investigation for misrepresenting GBD as “funding” by “industry-linked billionaires” last fall, Abbasi said. Run to his defense on Twitter And described it as a “well-reasoned and bold comment.” At about the same time, BMJ Yami and Gorsky were forced to withdraw their allegations about billionaire funding.

This curious situation is further complicated by a stunning hypocrisy. BMJ It seems to have only selectively exempted its contributors from its own financial value, as it appears that one of the authors of the attack on AIER has a much more direct connection to Big Tobacco than a small and indirect stock market investment.

Professor Yami is currently working at Duke University. The Duke was famously founded on the fortunes of the tobacco merchant James Buchanan. Mr. Duke’s tobacco fortune paid for the seeds that made the university a renowned research center. With the campus, Duke’s tobacco-rich wealth has grown and is now valued at more than 12 billion.

While we shouldn’t be proud of Professor Yami’s employer for his strong financial situation, we can legitimately ask: Isn’t it true that what is good for a goose is also good for a goose?

I answered Aldcroft and its co-editors with a simple query. If BMJ Wanting to deny the integrity of AIER due to its general and sensitive investment in an indexed stock fund, is it willing to take into account Professor Yami as the beneficiary of a much more significant and direct link to Big Tobacco?

One could go so far as to point out a real connection between lockdown advocacy and the benefits of the tobacco industry. In addition to failing to stem the tide of COVID-19, lockdowns wreak havoc on public health. The best recorded of these losses was a clear increase in tobacco use among young people and among the weaker and lower income communities. Whether through frustration, despair or even boredom, people responded to the lockdown by smoking more – a fact that is now proven in dozens of scientific studies, newspaper accounts and even papers published in BMJ. It is not difficult to understand that the increase in the rate of lockdown-induced smoking will have detrimental consequences on public health for decades to come.

In light of this information, would it be reasonable to assume that Professor Yami’s own medical policies were financially compromised by his employer’s direct and substantial financial connections to the largest tobacco fortune in U.S. history? Would it be fair to associate the ethics of Professor Gorsky and Mr. Meirovitz-Katz in the same way, since they have so extensively collaborated with Yami on the Kovid-19 issue? Is this same trio of lockdowns in academic journals, popular outlets and social media really an ugly cover to drive cigarette sales, aggressive, public advocacy? I doubt all three would object to this characterization, although it does apply the same logic they used to defame AIER through much weaker and smaller financial connections with tobacco.

At a strange turn, BMJ’s The editors had no answer to my question. Neither Yami, Gorsky nor Merovitz-Katz do. Medicine, indeed Israel.

Philip W. Magnus is senior research faculty and director of research and education at the American Institute for Economic Research. He is also a Research Fellow at the Independent Institute. He holds a PhD and MPP from George Mason University’s School of Public Policy and a BA from St. Thomas University (Houston).

Magnus’s work covers the economic history of the United States and the Atlantic world, including the economic dimensions of slavery and racial inequality, the history of taxes, and the specialization of the measurement of economic inequality over time. He maintains an active research interest in the history of higher education policy and economic thought. In addition to her scholarship, Magnus’ popular writings have been published in numerous places, including the Wall Street Journal, the New York Times, Newsweek, Politico, Region, the National Review, and the Chronicle of Higher Education.