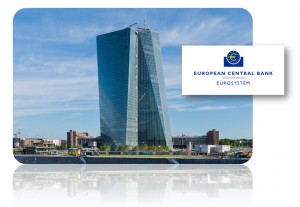 Inflation in Europe reached a new all-time high in March after rising 7.5%, according to Eurostat, the European Union’s statistics agency. It surpassed the 5.9% high set in February and marked the fifth consecutive month of inflation in the eurozone. As a result of Europe’s dependence on Russian energy, energy prices rose 44.7% in March from 32% the previous month. Food prices rose 5% in March as increased costs for suppliers passed on to consumers. Prices for products such as clothing rose 3.4%, while services rose 2.7%.

Both the United States and Britain have raised rates in a very, very late effort to tackle inflation. Will the European Central Bank (ECB) follow suit? The ECB voted in their March meeting to maintain the benchmark rate of 0%. ECB President Christine Lagarde is in no hurry to raise rates.

The ECB went down negatively in 2014, and 2022 now represents 8.6 years of that detrimental decision and we can see that everything is hitting the fan. This whole Great Reset is now due to the financial mismanagement of the government and the central bank. Those who still think something will return to normal are undoubtedly those who wear masks and stand in line for booster shots every six months.

Central banks are deeply aware that they cannot stimulate economic growth, although they will not say so publicly. The wheel of fortune has completed its revolution.