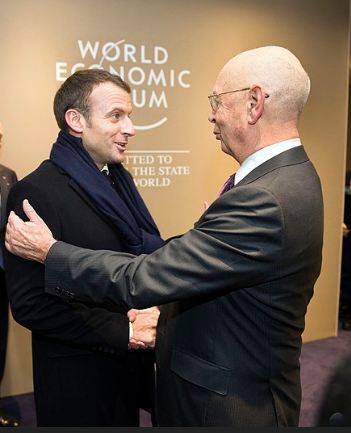 Elections will be held in France on April 10, and Macron is now leading with 27% of the vote. But Macron has been using his position as president of the European Union bloc for six months. Macron has cleverly used this position as a powerbase for re-election without pushing for a strong EU government and surrendering French sovereignty to Brussels, but he is using the crisis in Ukraine to justify his return to power.

Macron’s remarks have been closely watched at home as he strategically uses his EU position to win re-election. Macron said he wanted to add changes to the European Union’s Charter of Fundamental Rights to “make it clearer about environmental protection and recognition of the right to abortion” in an effort to “breathe new life” into Europe’s democratic values. . He is pushing for a minimum wage or a “decent” minimum wage across the EU bloc and is moving towards reducing “inequality” by fighting inequality, which is the pitch of the World Economic Forum. Why A great reset is required.

Macron added that it was time to “take action” to meet the EU’s environmental ambitions, which include the bloc’s promise to reach climate neutrality by 2050. This is also from the agenda of the World Economic Forum.

Macron called on the EU to quickly draw up a new security plan to reduce tensions with Russia. Many have seen Macron using his position to increase his candidacy, not to promote EU policy, but to take care of EU issues. Most opponents point to his failure to deal with widespread immigration to Europe. He had 5 years to deal with and did nothing.

For now, Macron is in the limelight of Zelensky and Putin’s threat to Europe. But our model shows that he will be the last president to be elected in the fifth republic of France. Jacques Chirac (1932-2019) was initially selected as a golist in 1995, but he became a neo-golist and thus began the slippery slope of France. We will see the emergence of a new government by 2030. In 2027 the risk of European war will be at the top. No. Back to normal!