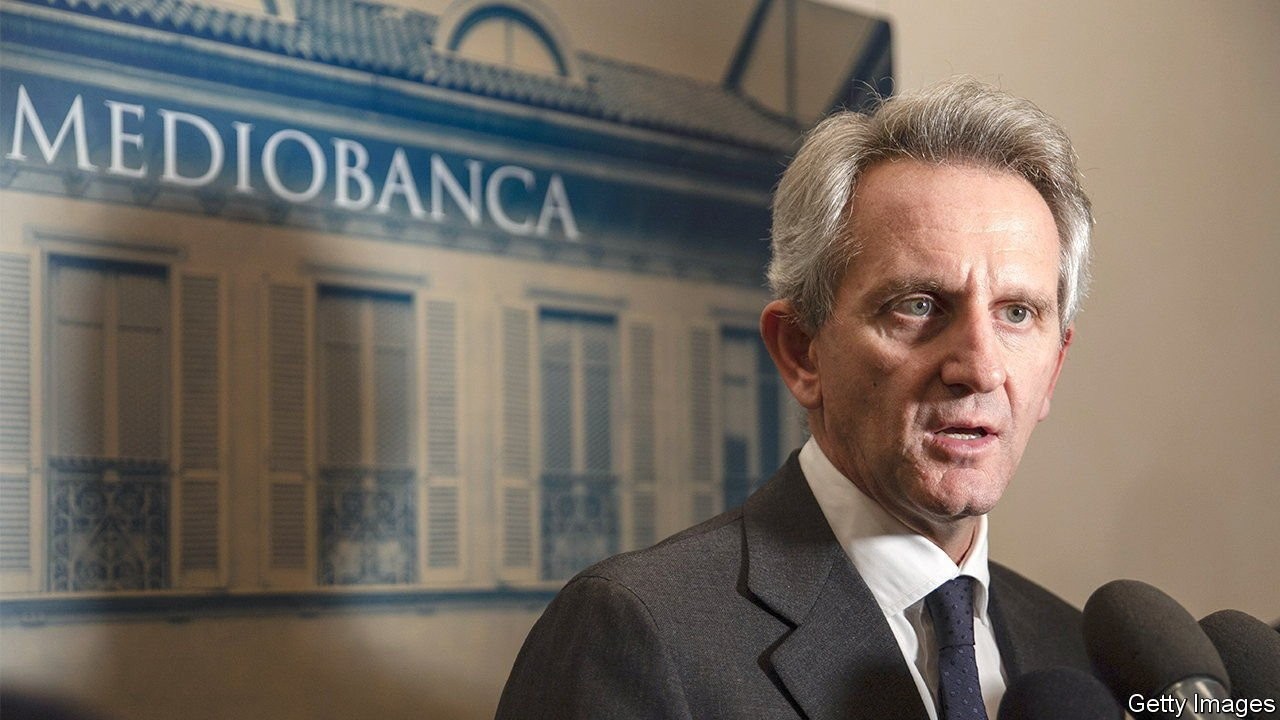 T.Twenty years Earlier, Mediobanka was its center Nice lounge (“Fine Drawing Room”), a group of old-fashioned firms that dominated the Italian business of cross-link nets. Times have changed. Milanese Bank is in a modernization camp today, battling two super-seniors over the future of the 190-year-old general, Italy’s biggest insurer. The results could determine whether Italy’s corporate governance is in its final stages towards the 21st century.

Power struggles against Mediobank boss Alberto Nagel, Leonardo del Vechio, 86-year-old Luxotica founder, a spectacle giant, and 78-year-old construction tycoon Francesco Getano Caltagiron. Both sides own a large share of General: Mediobanka controls 17%, while the pair together owns 14%. The future direction and governance of one of Italy’s largest corporations is at stake. Mr Nagel believes the group, led by Frenchman Philippe Donat, is on the right track CEO Whose order is for renewal at the Annual General Meeting (AGM) In April. Messrs. Del Vecchio and Caltagirone are campaigning for regime change at the prestigious Trieste-based insurance company.

Not exactly why. They did not come up with any business plan or alternative candidates CEO. They seem to be dissatisfied with General’s consolidation-and-acquisition strategy, which they consider too cowardly. The recent takeover of a narrow rival Catholic firm, was not the kind of deal they wanted to see, big and international. They complained that more could be done to digitize General’s activities.

In fact, it seems Mr. Donate has done a good job in general. He has strengthened its capital position by selling peripheral business and improving profitability. He has reduced its debt burden and removed its business mix from products that consume excessive capital, such as guaranteed life-insurance contracts, fee-payers, such as property and casualty policies. In recent months he has led acquisitions that have boosted General’s share in key European markets. And Generally has a pioneering software that writes the insurance contract itself.

What’s more, Generally has become a cash machine that appeals to institutional investors, says Andrew Ritchie, an autonomous researcher. When Mr Donate presented his three-year plan in December, he promised a growing dividend of about bn 6bn ($ 6.8bn), predicted an annualized earnings per share of 6% to 8% and announced a m 500m buyback.

So what inspires the two dissidents? The effect is a loss, perhaps. In the old days Living room The CEO Have dinner with key shareholders before making general strategic decisions or announcing new board members. Those days are gone because the insurer continues to bring his rule in line with European rules Under the rules introduced by Mr Donate in 2020, the outgoing board last month recommended new directors for the ten-strong company – as in the case of some continental blue-chips. This pair dislikes the new rules.

In the face of this they achieved a victory on 18 February, when General Chairman Gabriel Galateri de Genola announced that he would resign at the end of his third term in April. But Mr Galatari did not leave because two men pushed him out. He left because he supported Mr. Donnett’s drive for the modernization of the General: under the new rules of governance, three terms are the maximum.

It will probably, in fact, remain in his job after Mr. Donnet AGM April 29th. Analysts predict that Mr. Nagel and the investors who represent 35% of the shares will be the winners. It can annoy silver haired rebels – but there is also a silver lining. As top shareholders, they stand to pocket huge dividends in the coming years. 3

This article was published in the print edition of the section on finance and economics under the heading “Ciao, salotto buono”.